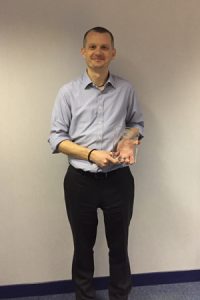 SystemActive an HP Reseller based in Heathfield, East Sussex

Winning the award from HP was an exceptional achievement as it is the first time any HP Channel Partner has won at European Level.

The award was presented to SystemActive’s Sales Director Mark Budgen in Denver Colorado.

SystemActive is part of the JT Holdings Group which was founded in 1998.  SystemActive’s Head Office and warehouses are in Heathfield whilst its business and public sector clients are spread throughout the UK.

SystemActive won the award for its outstanding achievements in the specialised field of HP Workstations.  HP Workstations are designed for the demands of users working with professional and technical applications, large and complex datasets or intricate 3D models. 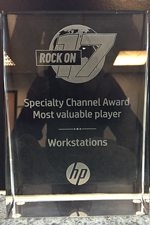 SystemActive was praised for its hands-on knowledge gained from years of experience working alongside professionals from fields as diverse as Financial Services, Product Development, Media and Entertainment, to Education, Healthcare and Video Surveillance.

Paul Truslove, Managing Director of SystemActive said “He was delighted with the award that recognises the hard work and dedication of the staff over the years”.  Mr Truslove also said he was honoured by the International recognition of SystemActive’s earned reputation both at HP and with SystemActive’s varied client base.